Leroy Chiao is a former NASA astronaut and International Space Station commander. He works in business, consulting, executive coaching and space education. He is a a professional international speaker, and a co-founder and the CEO of OneOrbit, providing keynotes and training to companies and schools. Chiao also holds an appointment at the Baylor College of Medicine, and is an advisor to the Houston Association for Space and Science Education. He has worked in both government and commercial space programs, and has held leadership positions in commercial ventures and NASA. He was the first LSU Raborn Distinguished Chair Professor and was also on the faculty at Rice. Chiao has extensive experience as a NASA Astronaut and prior to that, as a Research Engineer. Dr. Chiao is a fellow of the Explorers Club, and a member of the International Academy of Astronautics and the Committee of 100.

Dr. Chiao left NASA in December, 2005 following a fifteen-year career with the agency. A veteran of four space missions, Dr. Chiao most recently served as Commander and NASA Science Officer of Expedition 10 aboard the International Space Station. He has logged over 229 days in space – over 36 hours of which were spent in Extra-Vehicular Activity (EVA, or spacewalks). In 2009, he served on the White House appointed Review of U.S. Human Spaceflight Plans Committee, and currently serves on the NASA Advisory Council.

A native English speaker, Dr. Chiao also speaks Mandarin Chinese and Russian. He has flown space missions and worked closely with Russian, Japanese and European Astronauts and their affiliated space agencies. Dr. Chiao is uniquely qualified to speak about the United States, Russian, Japanese, European and Chinese Space Programs. A Space Station Commander and Space Shuttle Mission Specialist, Dr. Chiao was also a certified Co-Pilot of the Russian Soyuz spacecraft. He is an expert in all facets of U.S. and Russian EVA hardware and operations and is EVA certified in U.S. and Russian spacesuits, tools, and training programs. In September 2006, Chiao became the first American to visit the Astronaut Research and Training Center of China. There, he met the first two national Chinese astronauts, Yang Liwei and Fei Junlong.

Dr. Chiao studied Chemical Engineering, earning a Bachelor of Science degree from the University of California at Berkeley in 1983. He continued his studies at the University of California at Santa Barbara, earning his Master of Science and Doctor of Philosophy degrees in 1985 and 1987. Prior to joining NASA in 1990, he worked as a Research Engineer at Hexcel Corp. and then at the Lawrence Livermore National Lab.

Leroy Chiao has vast experience in both the public and private sector. In addition to his human spaceflight experience at NASA, he has also worked extensively in academia, government laboratories and in commercial ventures and technology startups.
ContactCurriculum Vitae 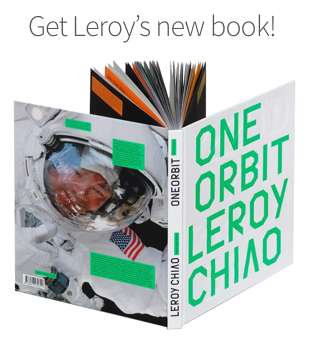